During six months, journalists from the Ukrainian, Polish, Czech and Slovak media worked with declassified KGB archives to create their media projects on the basis of archival documents. The results are going be presented in Prague.

The project participants will tell about their own experience of work with those documents, how to convert it to a media format and how to encourage the editorial staff to publish materials on a historical theme.

The projects that were published in such media as Radio Liberty, Current Time, BBC.Ukraine, Insider, Studway, 5th Channel, Texty.org.ua, Czech Radio, Istorychna Pravda (Historical Truth) and others will be presented.

Journalists wrote and filmed about how:

And also about the first act of self-immolation in the countries of the socialist camp, the withdrawal of the currency from the players of the “Dynamo” football club, repression against students, “anti-Soviet activities” and much more.

The authors of the archival education program will present an illustrated guide “KGB Archives for Media”: what documents journalists can find in open archives, how to read them, how to check information, how to write interesting about history, and what journalistic standards are in the post-truth era.

The presentation will be held on Thursday, December 13, at 14:00 at the “DOX” Center for Contemporary Art in the “Studio” hall, Poupětova 1, Praha 7.

The project “Deconstruction. KGB Archives for the media” was made possible thanks to the support of the Embassy of the Czech Republic in Ukraine under the Transition program, as well as the International Visegrad Fund in co-operation with the Ministry of Foreign Affairs of the Kingdom of the Netherlands.

14:00 — Opening and presentation of the project “Deconstruction. KGB Archives for media”

Ondrej Matejka – deputy director of the Czech Institute for the Study of Totalitarian Regimes;

Volodymyr Viatrovych – Head of the Ukrainian Institute of National Remembrance;

Anna Oliinyk – coordinator of the project “Deconstruction. KGB Archives for media”, acting Director of the Center for research on the liberation movement;

Stepan Cernousek – coordinator of the project in the Czech Republic, representative of the Czech Institute for the Study of Totalitarian Regimes, head of the organization “Gulag.cz”.

Andriy Kohut – co-author of the guide, director of the Branch State Archives of the Security Service of Ukraine;

Volodymyr Birchak – co-author of the guide; head of academic programs of the Center for Research on the Liberation Movement, editor of Istorychna Pravda (Historical Truth) media;

Yaryna Yasynevych – co-author of the guide; Programme Manager of the Center for Research on the Liberation Movement;

Moderated by Anna Oliinyk – editor of the guide, acting Director of the Center for Research on the Liberation Movement.

14: 50-15: 20 – “Opening of Archives of Communist Special Services as an Element of Democratic Transformation”

Michal Smigel – partner of the project in Slovakia, historian, associate professor of the Matej Bel University.

15:50-16:30 – “Archives Against Fake, Misinformation and Propaganda. Presentation of Journalistic Projects”

Moderated by Olga Popovych – partner of the project in Poland, historian, member of the council of the “Nash Vybir” (Our Choice) Foundation.

Moderated by Stepan Cernousek – coordinator of the project in the Czech Republic, representative of the Czech Institute for the Study of Totalitarian Regimes, head of the organization “Gulag.cz”. 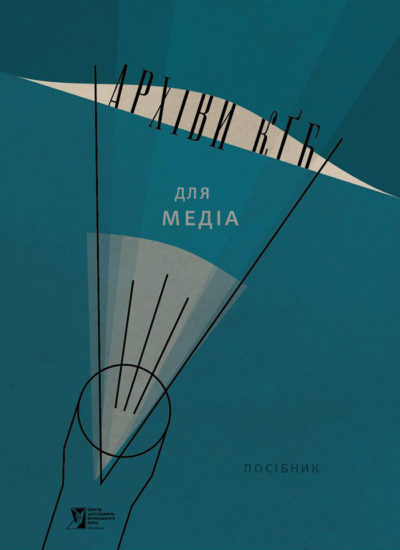